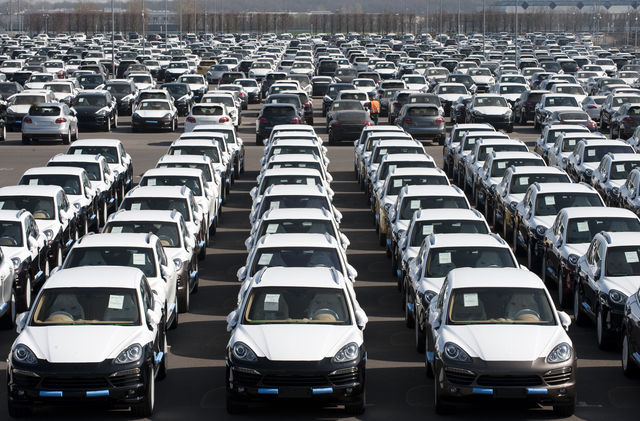 But a raft of new economic data suggest that Germany, too, is slowly succumbing to the crisis fevers and could even fall back into recession later this year, analysts said on Wednesday.

For an economy as open as Germany’s, the route of infection is obvious: its exports.

Germany is the world’s third largest exporter behind China and the United States and until recently, exports were the main driver of its economy.

However, thanks to deep and often painful reforms in recent years that have helped bring unemployment down to record lows, fuelling a corresponding boom in consumer spending, domestic demand has become the twin engine of Germany’s economic miracle.

While many of Germany’s eurozone partners were in recession, the country notched up growth of 0.5 percent in the first three months of this year.

Nevertheless, with much of Europe in the doldrums, German exports, too, are faltering, threatening to bring the economy as a whole to a near standstill in the second quarter, analysts said.

Following an increase of 4.1 percent in May, exports fell by 1.5 percent in June, weighed down primarily by falling exports to the other 16 countries that make up the eurozone, according to the latest data compiled by the national statistics office Destatis.

Imports — a barometer of domestic demand — were down, too, falling by 2.9 percent.

The slump in demand is hitting industry and the manufacturing sector, the backbone of the German economy, separate data published by the economy ministry showed.

Factory orders fell by a bigger-than-expected 1.7 percent in June, more than wiping out the modest increase seen the previous month, and industrial output declined by 0.9 percent.

Storm clouds have been piling up over the German economy for a number of weeks now.

And not only exports are being hit, but domestic demand is, too.

New car registrations — a key gauge of demand in one of the most important industrial sectors — fell sharply last month, retail sales are also in decline and unemployment is on the rise again, which could hurt consumer spending.

Last month, business confidence dropped for the third month in a row and investor confidence hit a six-month low.

And the international debt rating agency Moody’s recently took the first step toward stripping Germany of its coveted top triple-A credit rating in view of the incalculable costs of the never-ending crisis.

By contrast, rival rating agencies Standard & Poor’s and Fitch both maintained their top AAA credit rating for Germany given the country’s strong fundamentals and outlook.

Commerzbank economist Ulrike Rondorf noted that the industrial output figures were the last set of hard data for the second quarter before the release of gross domestic product (GDP) numbers next week.

“Manufacturing is unlikely to contribute to growth of the German economy for the third straight quarter and the picture is similar for retail and wholesale sectors,” she said.

Only a pick-up in the construction sector, following the weather-related slump in the first quarter, and an anticipated rise in the services sector would keep GDP growth in positive territory of around a quarter of a percentage point, Rondorf argued.

And with the outlook for industry gloomy, “we expect the economy to contract in the third quarter,” she said.

For UniCredit economist Andreas Rees, “the million-euro question is whether — and how long — German companies and consumers can keep the pace in the face of eurozone turbulence.”

Would further weakness coming from the eurozone be compensated for by higher export demand stemming from the US and China and could ongoing robust internal demand shield the overall German economy from adverse effects, he asked.

“We still think that both questions can be answered with a ‘yes’ but uncertainties and downside risks to our call have significantly increased of late,” Rees warned.

Catherine Stephan at BNP Paribas said that “growth prospects remain negative. Indeed the development in manufacturing orders survey, suggest a decline of activity in the coming months, in line with the crisis in the eurozone.”

And Jonathan Loynes at Capital Economics said the industrial output data “provide further evidence that the overall economy is likely to have tipped into recession in the second quarter.”