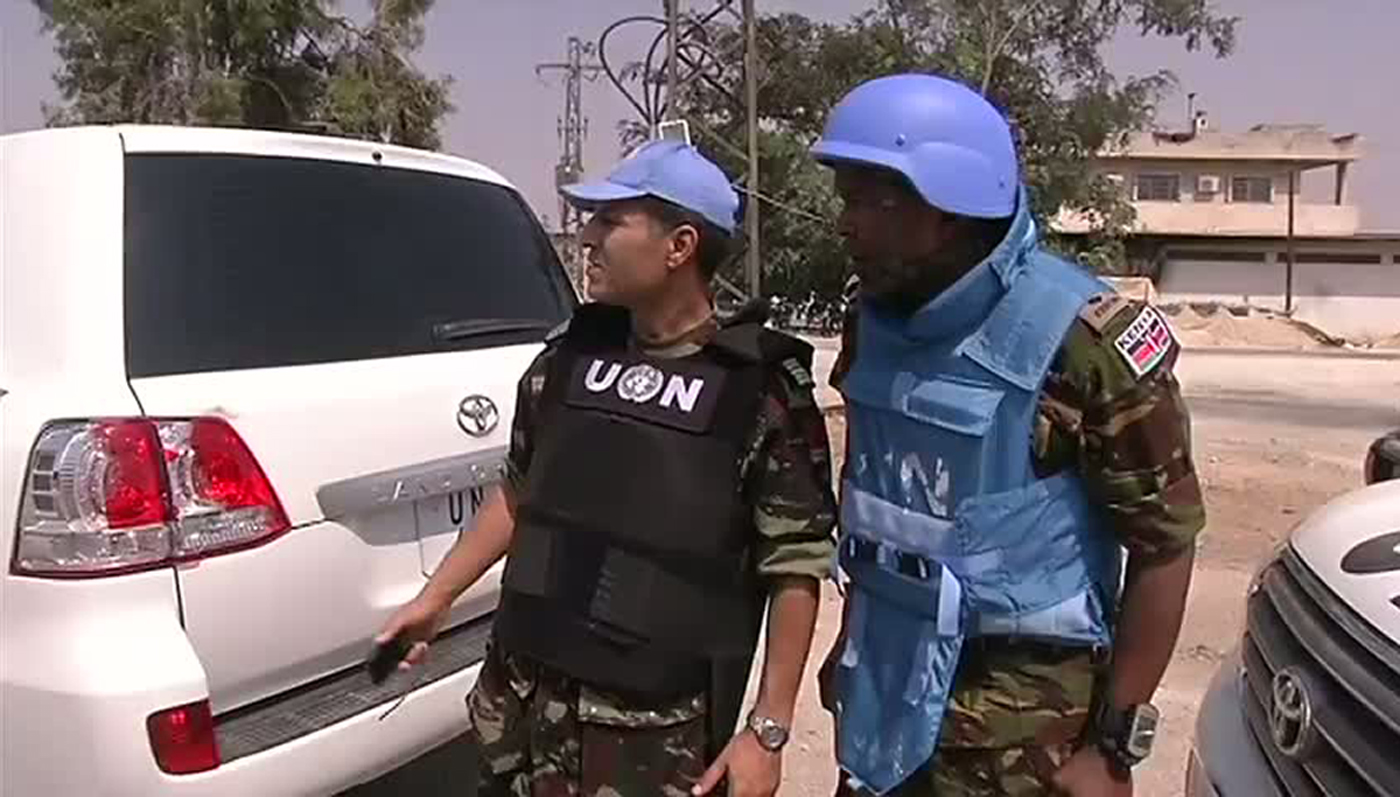 The battle for Syria’s most strategically valuable city has taken a turn for the worse as United Nations monitors reported on Wednesday that fighter jets and helicopters bombarded Aleppo. Meanwhile, Syrian President Bashar Al-Assad urged his nation to rally behind him during this crucial battle.

With the number of dead rising by the hour and atrocities being reported from both sides, Reuters claim Al-Assad addressed his military in the military’s magazine, saying that the battle for Aleppo will be the decisive factor in Syria.

“The fate of our people and our nation, past, present and future, depends on this battle,” the statement read. Rebels had stepped up their own onslaught on regime elements, capturing tanks, and firing anti-aircraft guns into the skies of Aleppo.

Al-Assad’s words seemed to be speaking truth to the battle for Aleppo, which United Nations observers noted was experiencing large exchanges of gunfire, shelling, explosions and the use of helicopters equipped with heavy machineguns. Farhan Haq, the UN associate spokesperson for UN Secretary General Ban Ki Moon, said both opposition and Al-Assad’s forces were armed with heavy weaponry and that the UN wanted both sides to respect international humanitarian law in order to protect civilians.

The UN Security Council, which has offered a rather fractured response in the wake of the 16-month long onslaught of Al-Assad on his people, has been relegated to the sidelines of the political situation in Syria due to China and Russia’s stances within the council. Both the Russian and Chinese delegations hold crucial veto powers within the Security Council and have used the powers to block what both parties seem as intervention in Syrian affairs.

“The Security Council works best when it is united and what secretary general and his special envoy [Kofi Annan] is trying to do is will the security council to a united response,” Haq said. “There have been some problems with that in recent months.”

Haq said the UN was still focused on implementing Special Envoy Kofi Annan’s six-point plan, which has similarly failed to unite member states of the Security Council in effort to take collective action.

“Syria has had its own challenges but even here we are trying to come to some form of united response that could help alleviate the plight suffered by the Syrian people,” Haq said. “What is clear right now is that we continue to try to work to ensure that the six-point plan be implemented in full.”