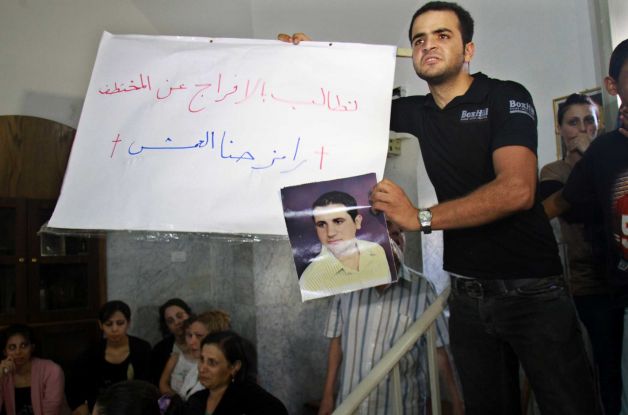 Despite both human rights groups and the Hamas government’s vehement denials of several reports that Gazan citizens were forced to convert religions, several more accusations surfaced from prominent news organisations that Gazans are subjected to forced conversions.

In an article written by Diaa Hadid of the Associated Press on 16 July, two Christians claimed to have been forced to convert to Islam, according to the AP, sparking protests by Christians rights groups.

The allegations were investigated by the Palestinian Centre for Human Rights (PCHR) that unveiled in a report three days later that the two Christians Hiba Abu Dawood and Ramez al-Amash converted to Islam “under their own free will without any coercion of any type.”

The PCHR received complaints from the families of both of the alleged victims of forced conversions reporting that they had informed their families that they had converted to Islam.

The Daily News Egypt contacted Iyad El-Eleimy, head of the legal department in the centre who was responsible for their cases. El-Eleimy said that he personally met with Abu Dawood along with a team from the centre where she, “said clearly and freely that she converted based on her free and independent will without coercion five months ago, but only recently announced it.”

El-Eleimy said that Abu-Dawood, 31, got the highest grade in Islamic Jurisprudence when she studied it in college. He added that he got Abu Dawood and her three daughters who she took with her when she left home to meet with her husband in the centre and tell him that she freely converted, which her husband accepted. The girls are currently with her but they are trying to figure out ways for both of them to stay in touch with them.

Similarly, El-Eleimy met with Abu Amash, 25, who El-Eleimy says converted six months ago but only recently announced his conversion. Following talks with Abu Amash, the centre was able to conclude that he was likewise not forced into Islam. He met with his family and informed them, El-Eleimy said, “his father accepted his decision and he went back to his home as a Muslim.”

El-Eleimy said that Abu Amash has not given a specific reason for converting but that he is working on creating a deeper understanding of the religion.

Ali Abunimah, co-founder of the online news site, Electronic Intifada, e-mailed the head of Jerusalem bureau of AP about the story. In response, Dan Perry of the AP, e-mailed a response stating that the report had no factual errors.

“The story does not contain errors, grave or otherwise and there will be no correction. We are attempting a follow up story on this complex issue,” the email read in an article published by Electronic Intifada on 23 July.

According to Abunumah, the story is being used to tarnish the image of Muslims.

Yesterday, the AP published another story about the plight of Palestinians in Gaza and how efforts to convert them have increased, “emboldened by the atmosphere of Islamic fervour fostered by Hamas.” The article spoke of the “vulnerability” of Christians adding that “the conversions struck a chord of panic.”